Hmm, so finally I sit to write that one blog that I promised Sri (@Srinistuff) that I would definitely write, no matter what.So where do I begin? Tough one. I love to write, but when I sit with a determination to write, my mind just wanders, not allowing me to concentrate. But try I will, kyuki wada wala promise hai 😉

Cut to 8th November 2012: It was my birthday. I was now 24. My backpack was getting ready to set onto an awesome journey (did not proclaim it as yet). The time started racing and I was racing against the time. Though my bag was yet to be ready, I had already reached our destination- ‘Hampi’- the land of ruins.”

So, it seemed exciting as it was my first very trip to somewhere, but with friends. Incidentally, I had been to Hampi with family. So more than the place, I was excited at the opportunity to wander and explore with my friends. I was about to do something, that I would have never ever done otherwise.

The next few hours just went into anxiety and anticipation.

Cut to 09 November, 2012- Around 9 PM at the given bus point I stood waiting. I was waiting for the bus to come and just make me disappear for a few days from all the chaos of mind and of the skies, beneath which I walked. And so it did- Udi Bhai (Uday) walked upto. I had just met my first travel partner 🙂 Hurray!

After a few minutes of waiting, the bus came. As expected Sri stood at the entrance of the bus.. all geared up to welcome us. I was so excited, I did not even Hi5 him. 😐

And then began the journey… the journey within. As I said, I had visited Hampi before, I was not really expecting a lot out of the trip or the place. I was more excited about something else. Something, I can’t define.

And then the bus started. It was the usual- conversations, introducing each other, watching a stupid movie in the bus, the questions, the scary stories, the funny jokes.

At last, it was morning. We had subahwali chai.. and then we were 25 minutes ahead of the desired destination.. Ugh @Srinistuff.. You!  But we enjoyed enjoyed that.

To walk ahead, we had to walk back.. and thus began our explorations:

And after all that drama, we landed at Gowri Hampi Guest House. Wow.. it was like a real village setting. Grand boulders on all the sides, green paddy fields, huge jhulas, tress, open-skies. Somethings just can’t be defined. Let the pictures say those 1000 words.

And then wandering into the heart of ruins.. the echoes all over….

It was here, that once upon a time- the kings ruled.. the queens wronged and winced in pain, the emperors lusted and warred.. .. some were thwarted and were left to pay for their sins… the court saw loyal soldiers come and go, while the subjects rejoiced.. Tears, sorrows, greed and the joys… Nothing remains now.. but just ruins- small and few.. they remain to tell a story, the magnificence of life. They remain to tie me with you, to show us that in the end, it will all be gone.. The ‘ruins’ remain as magnificent as strong.. to sing songs old and new… to tell that this is life..and that in the end.. lies the ‘new’….. “Hampi”

The realization, that “ruin” is the road to transformation..

Ruin is a gift… and then I looked around.. I thought on to myself- “Would the people who walked this earth, who walked this land, who lived this grandeur ever had imagined that this place would one day lie in ‘ruins’. That it would be such a quite and lonely place. A place where you would be alone, but not a loner. That you and I would walk the roads with solitude?

The ruins have outgrown time. They have stood tall witnessing all the shame, violence and neglect that our educated minds created.  Beaming in the wisdom of the ancient kingdoms, with the sun, moon, shining stars, expansive sky and never-ending river, they have endured all the pains and all the wounds and heart-break without letting it go.”

Have you ever held on to a wound, a pain, an ache, a tear? Just because it hurts too much.. and it hurts too good.

Upon retrospection, I questioned myself- ” We all are so afraid of change. Change which is the only constant. We are afraid of this change fearing, our world would crumble to ruins. Then I looked at my self, I felt my heart and suddenly it dawned upon me. The heart has seen it all. The heart knows it all. It endures all the pain, tears, failures, hurt and the chaos that the mind creates. The heart is quick to adapt, burn, change, pillage and always finds a way to build itself back. It’s not the mind. But the games that our little mind plays on us. We act timid. And then I squeaked

One thought on “No more holding back… I am going to decorate the world with my smile….” 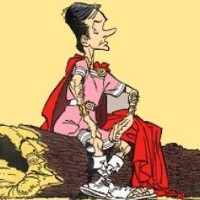 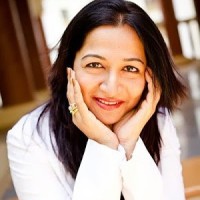 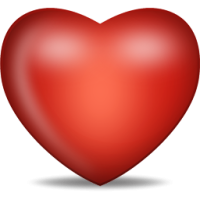 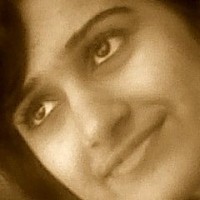